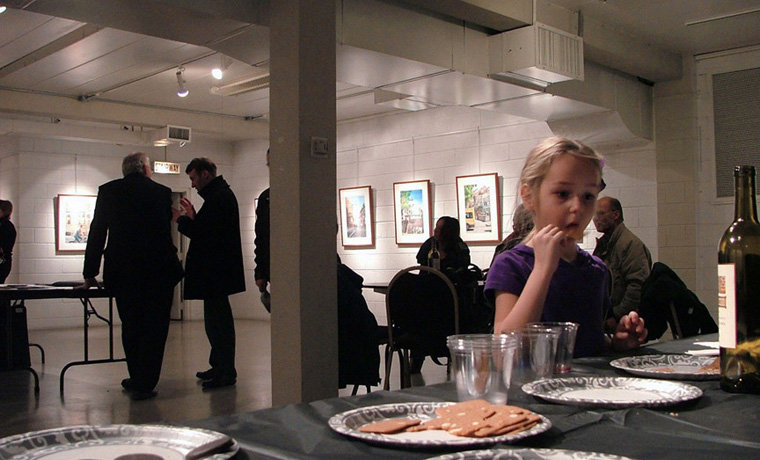 We were living in Kaunas, Lithuania at this time, but planned the exhibit to be during our annual visit to the States.

This was an especially cold, snowy winter in the upper Midwest. We had to travel from the Twin Cities to Chicago in February, to hang the show and be there for the reception, then again in March, to take down the show.

People who attended the opening reception were mostly of Lithuanian descent; they were either immigrants themselves, or had Lithuanian parents or grandparents. We were happy to see that the guests spent a lot of time looking at each image, and we enjoyed the conversations with those who had recently moved to the US.