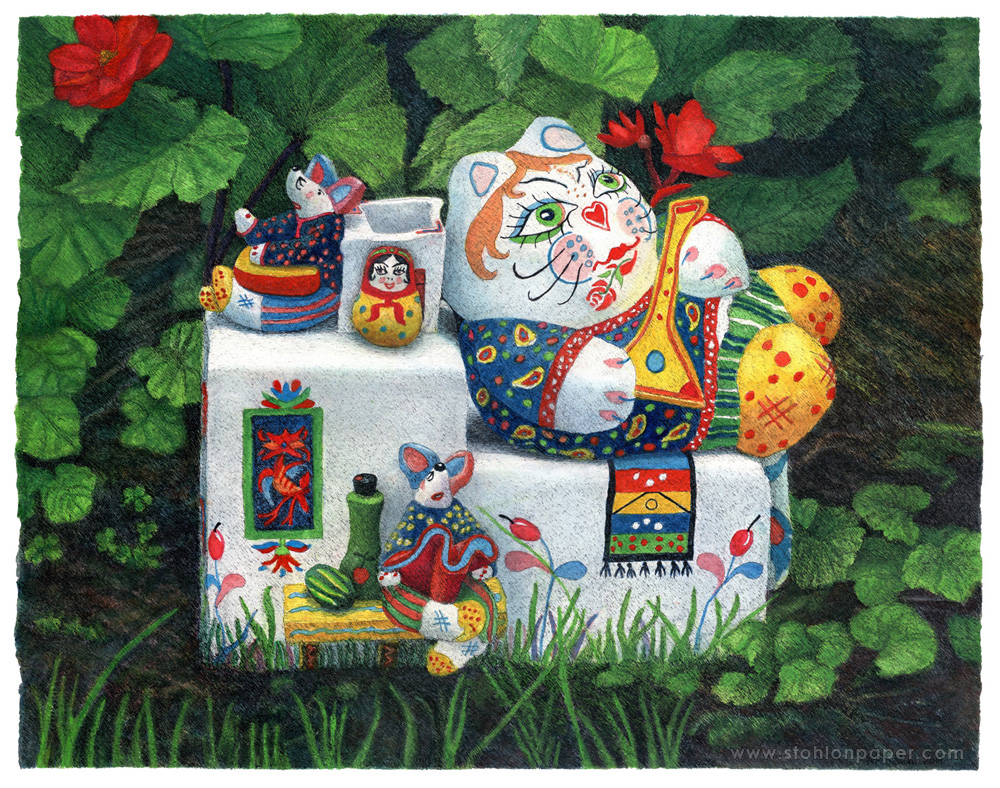 This is my drawing of a ceramic cat that we have. Solvei and I bought this piece of art at an outdoor market in Moscow in 1993. The vendors had an assortment of animal figures at their booth. We were trying to decide between the cat playing a balalaika, or a dog playing a piano. We chose the cat-mouse ensemble. It has accompanied us from Russia to Germany to Holland to Lithuania and, finally, to Minnesota. We display it at home during the summer months.

The piece was made by an artist, whose initials are ЮГП in Cyrillic, who used folk traditions to create his own artwork. It was made in 1993.

We have enjoyed this piece so much over the years, because it lightens our hearts and helps us from becoming too serious.